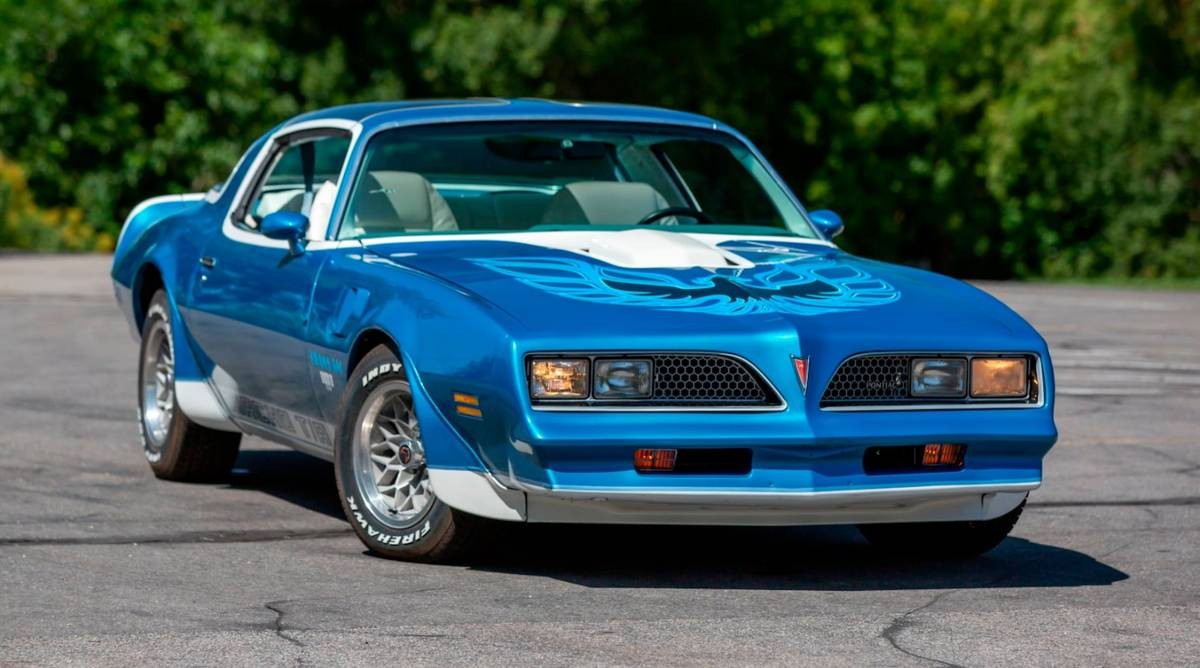 Ah, 1978! Space Invaders appeared, the Susan B. Anthony Dollar was minted, a lasagna-loving cat called Garfield first showed his face, and crowds were flocking to the cinemas to see Grease and Saturday Night Fever. It was also an era when American performance cars took an almighty performance...

The Macho T/A was the brainchild of two brothers, Dennis and Kyle Mecham. Their family owned a Pontiac dealership in Glendale, Arizona. They knew that while the Trans Am offered better performance figures than its competition, there was more to be found with some simple tuning. They also wanted their offerings to stand out from the crowd, so they treated the cars to their own unique brand of exterior enhancements. The Macho was offered with a total of 24 paint and trim combinations, but if a buyer handed over an additional $150, they could have something more personalized. This Pontiac is finished in Martinique Blue, a shade that only appeared on the Trans Am color palette in 1978. It presents superbly, with no signs of dings, dents, or flaws. The paint shines beautifully, and all of the distinctive stripes and graphics that were an integral part of the Macho package are in superb condition. The beauty on this one isn’t merely skin deep because it has managed to remain rust-free during its entire life. This one also features a T-Top, and its condition appears to be just as impressive as the rest of the exterior. The alloy wheels show no signs of staining or damage, while the glass appears to be flawless.
Click to expand...

I had never heard of the Macho - I found this article.

Neat car! GM did a beautiful job designing it.

Mr.Buttons said:
If only someone would create a version of this based off the 6th gen Camaro.........

That would require a resurrection or something akin to it.
C

Joined 8 mo ago
·
45 Posts
Well, it's been a while since I've seen a 1978 Pontiac. The engine compartment looks so clean and properly maintained. I love the stylish wheels on this car, I guess I've seen a similar model on 4wheelonline before.
K

I had never heard of the Macho - I found this article.

Neat car! GM did a beautiful job designing it.
Click to expand...