No worries. Der Fuhrer has his own private jet, no worries. Cheap jet fuel too. Yes we can!

In the US, thats 275 million vehicles! Even if 100% of 2023 vehicle production was zero-emission, it’s still only 5% of all operating vehicles.

I hate to tell you, but it's more than just ICE that create CO2. And if you desire zero CO2 production--a physical impossibility even with totalitarian bureaucrat assistance--nobody will be around to see the ice cinder that Muvver Earff has become.

Check Chyyynnnaaa's methods of power production. They like COAL! Imagine that! They and India and the Rooskies and all the world's Bad Guys don't give a tinker's damn about CO2. But they're happy to watch Western Civilization destroy itself.

And CO2 is good, not bad. And if you think "warming" is bad, try out cooling for size. But we're in the middle of an 800 year warming trend, thank God, and Life Is Good. Until and if the totalitarians gain more control.

MisterMe said:
This is a classic straw man argument. Nobody with the sense God gave red brick believes that you can eliminate CO2 production. The problem is that the Industrial Revolution brought on the creation of CO2 at rates too high for nature to compensate. As a result, atmospheric concentration of CO2 has skyrocketed.
Click to expand...

THANK YOU for your expert testimony! I am embarrassed and humbled, and I so stand corrected!! 🖖

OMG!! I hate to tell you, but cats do what cats were designed by God to do. You know, like humans?
Cats are what's known as predators. I'm certain you learned that in sixth grade physics class. They're like wolves, sharks, many whales, many many fish species. And birds. And reptiles. Reptiles kill animals too!!! And mammals!! Mammals kill!! Do you hate all life on earth? If so, Muvver Earff will not be pleased with you. Because death is a way of life.

But thanks so much for your observations and insights! I had no idea you were so deep.

BTW, you forgot bugs. Cats kill bugs too. I've seen it happen. One of our cats terminated a fly just last night. It was horrible!! The blood! The gore!! The algore!!

nota2 said:
Newsflash, Einstein. Cats don’t belong in our country. They are a recently introduced species. Like a noxious weed, ya know?

On second thought, given your record, no you probably don’t.
Click to expand...

Well, they're there now. This not-native species introduction happens all over Muvver Earff. Sometimes it's not very good for the locals. Probably a few ship's cats got loose in Australia way back in sailing days.
Some idiots let their cute little "pet" pythons loose in the Everglades and that's not worked out so well.


MisterMe said:
So you never learned the difference between physics and biology? Explains a lot.
Click to expand...

And you can't tell the difference between straight and satire? LOLZ.

hiluxxulih said:
Maybe Earth nurtured conditions for humans to evolve to a point where we as humans would create internal combustion engines that used refined oil to increase Co2 levels in the atmosphere for a purpose we are not yet aware of.
Click to expand...

OK, hiluxxulih, you're getting into complex thought and the spiritual realm here.

Myron 65 said:
They don't have the electrical capacity to run heaters in the winter or air conditioning in the summer. How are they going to charge all the electric cars?
Click to expand...

mbukukanyau said:
Just give up your V8 and charge your cars for a long-time using wind power. Then vote to take more yobs to southeast Asia to end racism and save the whales, not from the Japanese whalers, but from your V8, you. Then all will be well, as long you keep the orange man away.
Click to expand...

I am working on a perpetually charged vehicle concept (PCVC for short!) which will consist of a windmill (specifically designed to kill eagles) on the roof, and a like totally yooj sail above that (like Cap'n Kidd's wooden ship!) which will consist of canvas solar panels that will keep the battery charging. So you'll have 3-way powah. Windmill charges the batteries, solar panels which charge the car and which will allow the vehicle to sail on down the road (though tacking into the wind might be a problem). Of course, this critter will require a small DIESEL quiet generator to extend the range beyond 200 mile--or, if you prefer, kilometers--limits of todayland.

I believe this concept has yooj merit, I would include a can of orange hair spray with every sale (or sail!!--see what I did there?) in order for people to Get The Spirit.

One minor drawback is these cars will be limited to wide open desert roads in Nevada, Utah, and other solar-blessed western states since entangled canvas solar panels could prove to be a problem for some people.

Contact me if you'd like to be an investor in this yooj fershur money-making climate-curing scheme. I mean science. My company motto will be Yes We Can! Thank you for listening. 🦄

Actually you can thank Herr Doktorr Kissinger for the Chyyynnnaaa thing. I believe he convinced Nixon to make the gestures, have the talks, as if turning one pile of commie rats against another would ever work in the long run. Nixon was naive, Kissinger was Dr. Evil. That opened the doors to Chyyynnnaaa. BIG boobooo. This happened during the Cultural Revolution, a well-planned peaceful reshuffling of this and that in Chyyynnnaaa. And it set the stage for Jimmuh sticking a knife in Taiwan's back in 1979. But **** started the one chyynnnaaa policy. Nice work. 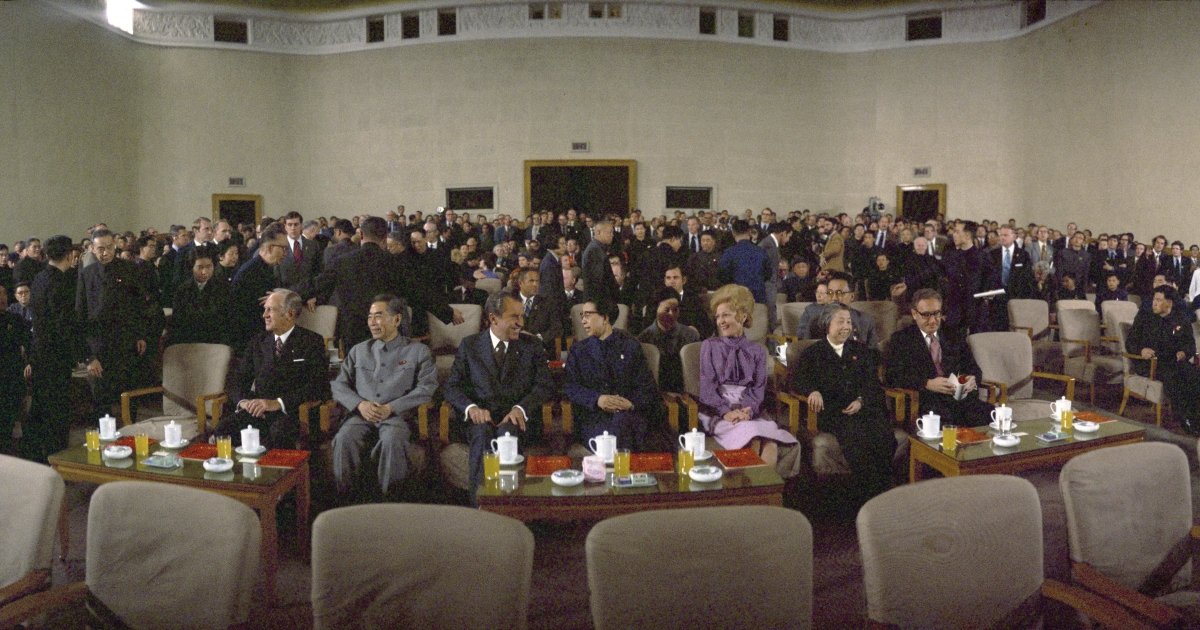 Myron 65 said:
The EU might also declare that lithium is a hazardous material. This will likely cause a German lithium mine to close. The result will mean even more dependence on China.
Click to expand...

😵Self destructive self-righteousness. I've stopped asking, "How is it possible for people to be this stupid?" They just are. The blind leading the blind, they both shall fall into the ditch.


MisterMe said:
Yes, land sublimation is a real thing and a serious problem in the Mississippi River flood plain below Baton Rouge. It is causes primarily by the levies on the west bank of the river that are intended to prevent the flooding of homes and businesses. For the most part, those levies did their job. However, those floods deposited new silt that compensated for the compaction of the existing soil. That is no longer being done except when the levies overtop.

It is going to get worse. Current predictions are that virtually all of our current coastal lands will be underwater by 2050. Because most of our major cities are either on the Coast or a coastal plain, this means that 10 millions of American residents will be forced to move on to new homes that are currently inland. If this happens, then the Mississippi River will become an inland sea that separates the US East from West. The fishermen displaced from their homes in the Mississippi River Delta will have a lot of company. The entire state will be under water--save one parish (county).
Click to expand...

Disaster sells books, it sells papers. Algore went from one million net worth when he left office in 2001 to $300 million today. Wonder how that happened to a poor simple farm kid who was plowing the hillsides behind a mule when he was a young Jethro Bodine hick.

Update: I’ve added 9 additional failed predictions (via Real Climate Science) below to make it an even 50 for the number of failed eco-pocalyptic doomsday predictions over the last 50 years.

MisterMe said:
So you think that recitation of facts is being played? This explains why you people never ever post links to governmental or academic scientific websites on climate change.
Click to expand...

Scientific like Fauci? You have a lot to learn about the dark side of humanity.

mbukukanyau said:
It must be great to be so innocently trusting of authority.
View attachment 66501


I am certain bill is also trusting the science. Guess who owns MSNBC?
Click to expand...