Buick no longer sells sedans in America, but it remains present in that segment on the Chinese market. In addition to the Envision Plus, it unveiled a model named Verano Pro developed specifically for China, built locally, and aimed at relatively young buyers. At launch, motorists will be asked to choose between the regular sedan and a sportier-looking variant that wears the storied GS emblem. Technical details are vague; all we know is that the standard Verano Pro is powered by a turbocharged, 1.5-liter four-cylinder engine. However, the firm pointed out both new sedans are available with dual 10.25-inch screens that occupy a good chunk of the real estate on the dashboard.

Verano Pro sales will start in the coming months. Nothing suggests the sedan will be sold in the United States. 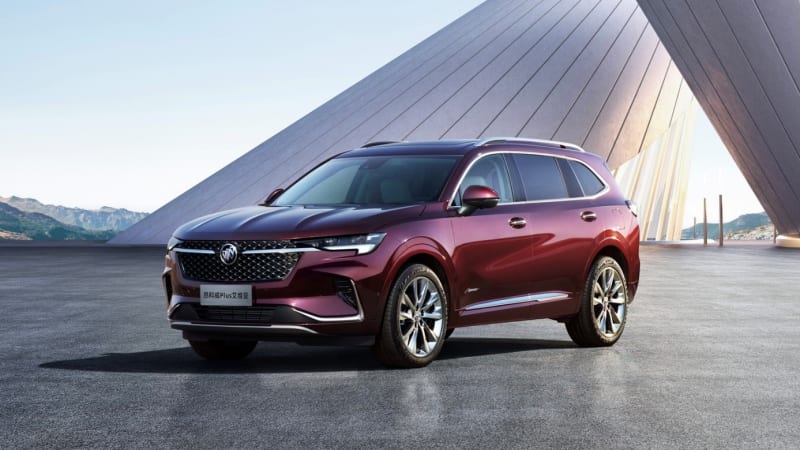 Buick Envision Plus is a seven-seater tweener developed for China

Buick expanded its Chinese range of crossovers by launching a seven-seater called Envision Plus. It's positioned between the Envision and the Enclave.

BORG said:
Pro and Plus, are these iPhones?
Click to expand...

Love the current trend or not, it would seem that Buick is on the sharp edge of the fad

mbukukanyau said:
Love the current trend or not, it would seem that Buick is on the sharp edge of the fad
Click to expand...

Most likely the naming convention is meant to cater to the local Chinese market.
It's a shame the US market doesn't get the trendier/modern Buicks.

The profile picture in white gives me a fwd BMW vibe for some reason.

1958carnut said:
If they'd have upgraded to this maybe it might still be around here.
Click to expand...

The one built on the old Cruze platform did very well.GM should have saved money and tweaked that platform to make better margins.
P

Joined Dec 2, 2003
·
34,111 Posts
Civic comes out, My Opinion is Chevrolet should build this Buick in Korea or Mexico for the US market, or Get the Civic as part of the Ultium deal.